Jeff joined Promise in 2020 after a career with media companies Gannett and Knight Ridder where he served senior leadership roles as Regional President, President and Publisher, VP/Sales and VP/Finance and CFO. He is graduate of the University of Florida Fisher School of Accounting; became a Florida CPA; and spent the beginning years of his career with Ernst and Young, an International Accounting Firm.

Jeff was born in Brooklyn, New York, and spent most of his life in Miami and San Jose California prior to moving to Brevard County in 2012.

Jeff has a long history of nonprofit involvement including United Way, Chambers of Commerce, Hospital Foundations, Special Olympics, etc. Most recently, Jeff served as United Way of Brevard County Board Chair and Countywide Fundraising Chair. While new to Promise, Jeff is no stranger as he was never far away when working at Gannett including assisting in the $100,000 grant Promise received from the Gannett Foundation in 2017.

Jeff is proud to serve as an Advisor for Casa Familia, a nonprofit organization and future planned community for adults with intellectual and developmental disabilities (IDD) in Miami-Dade County.

Jeff and his wife Gayle have a son Ryan (married to Joanna) with grandsons Brady and Ryder; and daughter Alexa (married to Josh).

Mary was hired as Promise’s Finance Manager in June 2020 after a 27-year career with Florida Today Newspaper/Gannett Co., Inc. She is honored to become part of the team at Promise. Born and raised in Brevard County, Mary has three daughters and four grandchildren.

Patty moved to Cocoa Florida from upstate NY in 2016. She has her degree in Administration of Community and Human Services. For the last five years she has worked in local nursing homes as the social services manager and the activities coordinator. In NY she was the Assistant Director of Residential Services for Saratoga Bridges, NYSARC. She spent over 25 years in NY working with special needs populations and is thrilled to now be a part of the Promise team.

Born and raised in New York, Chef John started cooking professionally at age 15 as an employee of the Howard Johnson restaurant chain. After graduating high school, Chef John began a career with the Hyatt Regency Hotel in Manhattan, New York. He was employed with the hotel chain throughout the country for about 20 years helping to develop menus and open new hotels. Chef John became part of the Promise team in July 2020. He said he loves the interaction that he has with the residents and the friendships he is building with them. Being able to create food that the residents can enjoy and put their name on is something he said he appreciates very much.

Born in North Carolina, Cindi has lived in Brevard County for 23 years after spending 18 years in Austin, Texas. She has more than 20 years of experience in the field of education and has been working with adults with disabilities for the last eight years as a technology instructor and Education Administrator. Cindi earned a Master of Arts degree in Applied Learning and Instruction from the University of Central Florida and a Bachelor of Arts degree in Developmental Psychology from Rollins College. She has a long history of working with nonprofit organizations and is excited about being a part of the Promise community.

Click Here  to fill out a survey that will tell us a little more about the potential resident and his or her needs. When we do have openings, we pull from this list. Please direct any additional questions to Rae Howard at rae@promiseinbrevard.com or (321) 722-7400, Ext. 109.

Prior to Covid-19, we provided tours of the Promise Main Campus on the third Thursday of each month at 1 p.m. but have since put all tours on hold for the time being.
If interested in a tour, please call (321) 722-7400.

Jeanette was hired as the Manager of Promise Treasures Thrift Shoppe in September 2021; however, her stake in Promise’s success is evident as her son, Bradley, is a Promise resident. Prior to Promise even being built, she has showed time after time her passion for Promise in Brevard’s mission through countless volunteer hours for Promise events and fundraisers.

A resident of Brevard County for 35 years, Jeanette brings with her 25 years of experience in the Brevard Public School System, where she served as a Math and PE Teacher and most recently as District Peer Mentor Teacher. Jeanette has a history of helping integrate individuals with disabilities into mainstream classes.

Jeanette is married to her husband, Dick, and in addition to Bradley, has a daughter Heather and son Ray, who is married to Michelle. Jeanette also has a granddaughter, Stella.

Every great achievement starts with a dream

Be part of the change in our community

There are many ways you can be a part of Promise. You can stay up to date with the latest news online. Subscribe to our newsletter or RSS. There are also many different ways you can help. Of course, donations are always welcome.

Sign up for our newsletter to hear updates from our team and
how you can help share the message of hope and help. 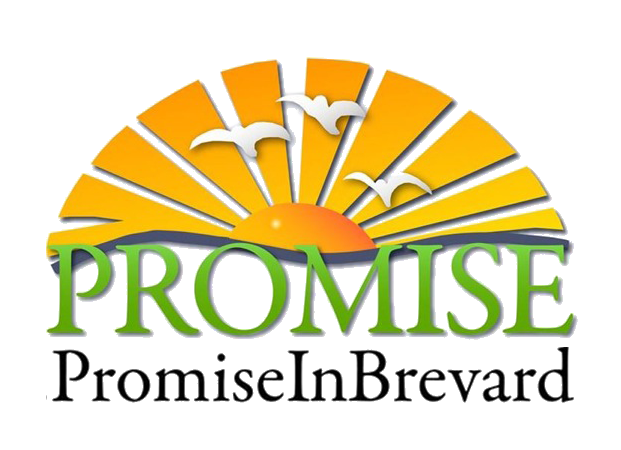 To donate by check please make checks payable to
Promise Inc.
and mail to: